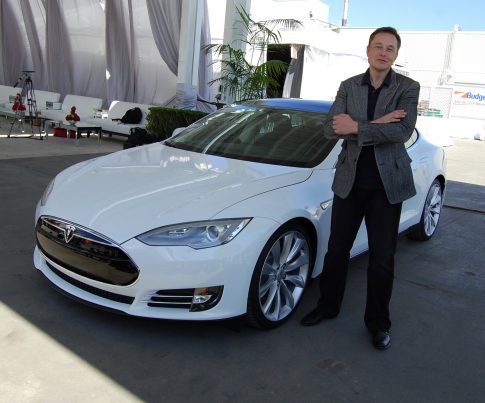 In March of 2016, Tesla CEO Elon Musk announced that his company was developing an affordable car that would be capable of driving for at least 215 miles at a time. At just $35,000, many Americans across the country couldn’t resist putting down a $1000 deposit for Tesla’s Model 3, even though the car won’t be released for another couple of years. Of course, Tesla was more than happy to collect all of these deposits, but when some people tried to get a refund, things weren’t quite as seamless.

Tesla pledged to return deposits to customers at any time, from three weeks after the deposit was made up until their car goes into production. However, many people are finding that even though Tesla’s Model 3 Reservation FAQ states that “refunds can take up the three weeks depending on your country of delivery,” the refund process is actually taking a lot longer. One customer by the name of Shashank Chitti, for instance, said in an interview with Wired that he had been waiting for Tesla to send him back his money for two and a half months.

“Tesla seems disorganized,” said Chitti, who canceled his reservation on May 17 of this year. “Based on this experience and others that I’ve read about, it sounds like when things go well, owning a Tesla would be awesome – but they would be a nightmare to deal with otherwise.”

As it turns out, Mr. Chitti is just one of many Tesla customers that have been waiting for several weeks just to get their money back. According to Wired, a poll that was posted to the Tesla Motors Forum revealed that many people were waiting five, six or seven weeks, with some even claiming that they had been waiting even longer.

Needless to say, this is simply unacceptable, especially if the company claims that deposits will be returned to customers within three weeks. Tesla has given several different reasons as to why the wait times were so long, including “system failure,” “IT issue” or “database error.” If Tesla remains unorganized and continues to withhold their customer’s money for an extended period of time, then there is no doubt that the company will suffer the consequences. They will lose credibility, and some may even start to think that Tesla is nothing more than a fraudulent scheme to take peoples’ money.

This certainly isn’t the first time that Elon Musk has been at the center of a nationwide controversy. Last month, the SpaceX CEO took to Twitter to make an announcement that immediately got the entire country talking. “Just received verbal govt approval for The Boring Company to build an underground NY-Phil-Balt-DC Hyperloop. NY-DC in 29 minutes,” Musk wrote. Indeed, the idea of a futuristic tunnel that can get people from New York to Washington DC in less than a half hour would be an incredible advancement in technology, and the fact that Musk got government approval for the project seems even more incredible. There was just one problem – most government officials had no idea what he was talking about.

“Nobody in City Hall, or any of our city agencies, has heard from Mr. Musk or any representatives of his company,” said Ben Sarle, the deputy press secretary for New York City Mayor Bill de Blasio. “This is the first we’ve heard of it too,” said the spokeswoman for Washington Mayor Muriel Bowser. “We do not know what he means when he says he received ‘verbal government approval,’” Philadelphia spokesman Mike Dunn said in a statement. “There are numerous hurdles for this unproven ‘hyperloop’ technology before it can become reality.”

There’s no denying the fact that Elon Musk is a smart man who has accomplished more than most other people could ever dream of accomplishing. That being said, it would be a wise decision for Mr. Musk to take a step back and get a handle on both his company and himself. Being at the center of controversy is never a good thing, especially if it happens twice in a matter of months.