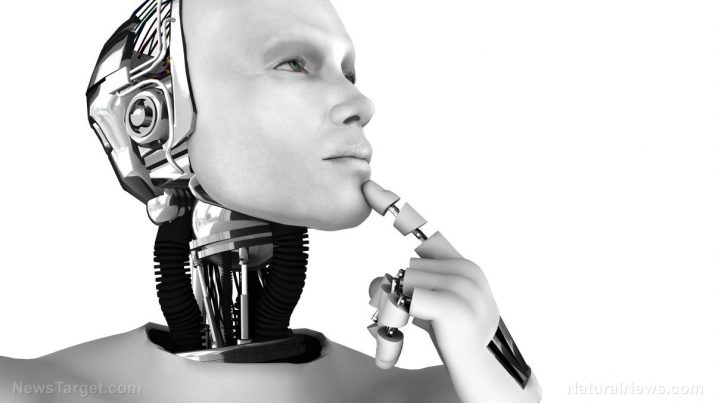 Will robots soon be on the same playing field as humans? In Europe, officials are already paving the way for synthetic lifeforms to have their own code of ethics and rights. There are many concerns about the concept of giving robots their own “bill of rights.” While current endeavors seek to ensure that robots operate within a set of legal standards and that their uses “respect human dignity,” many believe that at some point, robots will want more — especially as they creep closer to complete sentience.

Moreover, there are increasing concerns about what will happen when robots are inevitably granted voting rights — or when governments begin using these synthetic beings to replace “lower class” humans. Recall the 2013 film Elsyium, wherein the elite abandoned a ruined Earth for a luxurious space station and were served by robots — while the rest of humanity was left behind to suffer. It would seem that granting robots a higher status than select humans is not that far-fetched.

Members of European Parliament (MEPs) have asked the European Parliament to come up with rules for robots and other forms of AI. They claim that this is necessary in order to “fully exploit their economic potential” and to ensure a “standard level of safety and security.”

Who will really be benefiting from the beginnings of a robot code of rights? As robots become increasingly more intelligent and self-aware, the notion that these “rights” will be expanded might not be that far off. What may start off as a list of operating parameters could easily become a list of actual rights, including things like voting.

In a recent article for Natural News, writer JD Heyes notes that the rise of robotics seems to be coinciding with a mass call for disarming civilians. While many Western countries have already instituted heavy-handed restrictions regarding guns, the Second Amendment here in the U.S. is under constant attack.

Heyes also points to a recent project by Boston Dynamics: a robotic dog, named the SpotMini. While we’ve been seeing robotic dogs offered up in toy stores for years, the SpotMini is streamlined, athletic and fast. Do we really believe these pseudo-dogs are solely intended for use as pets — or will they be used to patrol the streets for pesky humans?

When these AI devices are combined with a population stripped of its ability to defend itself against them, who do you think will end up rising to the top?

While the dangers of AI and robotics are scarcely reported on, a number of noted figures have spoken out about the very real threat these advancements pose to humanity. Elon Musk has stated in the past that robots could easily become “more dangerous than nukes.” In his biography, Musk also cautioned against the rapid development of new robotic technology, and the possibility of “something evil” being developed “by accident.” Or perhaps, you might wonder, on purpose?

The late Stephen Hawking made similar statements, once declaring, “The development of full artificial intelligence could spell the end of the human race.”

Hawking and Musk are not the only ones to be wary of what future AI may bring to the table. Back in 2012, the Health Ranger himself ranked robots and AI as one of the top threats to humanity. As Mike Adams, Natural News founder and Director of CWC Labs, noted, if these synthetic beings become intelligent and sentient enough, they may decided that humans are the real threat. But will the sheeple listen before it’s too late?

Keep up with the latest stories on tech at Glitch.news.