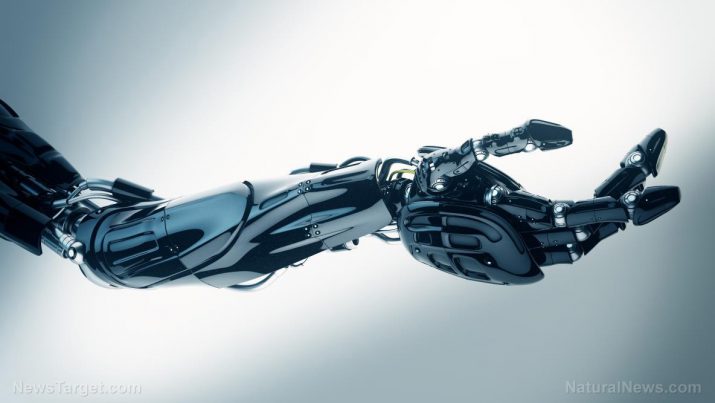 Prosthetics have come a long way from the clunky hunks of metal and plastic. According to an article that appeared in Newswise, amputees can now be fitted with robotic limbs that they can control with their thoughts, like a real, living arm.

In the U.S., the required surgical procedure can only be performed at a few facilities. One of them is the University of Arkansas for Medical Sciences (UAMS), where orthopedic hand and upper extremity surgeons laid down the groundwork for such an operation in 2017.

Earlier that year, trucker David Scott suffered a grievous vehicle accident that mangled his right arm. His arteries, blood vessels, and nerves suffered such irreparable injury that UAMS surgeons were forced to amputate up to his chest.

Even as Dr. Mark Tait and Dr. John Bracey were cutting off their patient’s entire arm and shoulder, they were also preparing Scott’s future. The traditional choice was to get a body-powered prosthetic, but there was a new option.

They offered to fit a robotic arm on Scott. Doing so would make him one of the first amputees in Arkansas to have a robotic prosthesis. (Related: Lessons learned using robotic arm in space now being applied to the hospital surgery room.)

The team then performed a longer-than-usual surgery in order to get his body ready for a robotic prosthesis. They identified the nerves that would control their patient’s arm, took them, and plugged them into different muscles in Scott’s chest.

As Scott recovered from the surgery, the reattached nerves started supplying energy to the muscles in the chest. Those muscles served a new purpose once he got his robotic arm.

Whenever Scott thinks about closing his hand or bending his elbow, the nerves react accordingly. The attached muscles amplifies the signal, which is detected by the robotic arm and translated into the appropriate action.

Tait and Bracey said the robotic prosthesis is highly intuitive. The more time a patient spends using and practicing with the limb, the better the arm coordinates with the rest of his body.

Furthermore, they claim that the technology is compatible with long-time amputees who did not undergo the procedure during the surgery that cut off their limb. As long as the nerves that once led to the arm are still around, surgeons will be able to pick them out and plug them into different muscles to restore their functions.

They added that the UAMS robotic arm has plenty of room for improvement. Still, Tait and Bracey are pleased with Scott’s progress. They expected him to take half a year to get used to his arm, but Scott did it in just three months.

The thought-controlled robotic prosthesis technology is not limited to the U.S. On April 21, 2017, Dutch citizen Johan Baggerman became the first person in the Netherlands to receive a similar robotic arm.

According to a ScienceDaily article, Baggerman lost his arm back in April 2010. His prosthesis is a click-on arm mounted on a metal rod in the bone of his arm stump. The click-on method was first used for leg prostheses in 2009.

Since the prosthesis is directly connected to the skeleton, it does not need a socket. The socket-less design prevented slipping, causes no skin irritation and is easy to remove and put on.

The Dutch-built robotic arm can also be controlled by its user’s thoughts. Its built-in computer detects the amplified nerve signals from transplanted nerves. The computer can be accessed through Bluetooth.

Read about other advancements in robotics technology at Robotics.News.