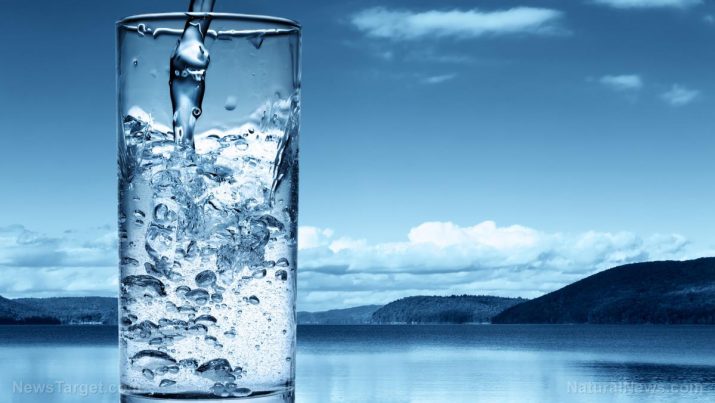 A team of researchers at Carnegie Mellon University, University of Auckland, and Oregon State University has recently developed a catalyst that effectively eliminates nearly all traces of bisphenol A (BPA) from water. The new catalysts, called tetra-amido macrocyclic ligands (TAML) activators are small molecules that are known to mimic oxidizing enzymes. According to the researchers, combining the catalysts with hydrogen peroxide effectively degrades hazardous chemicals in the water.

As part of the study, the research team examined the efficacy of TAML activators in breaking down BPA. According to the experts, adding hydrogen peroxide to the activators helped get rid of up to 99 percent of BPA from water samples within 30 minutes at a near neutral pH — a pH level commonly seen in wastewater treatment facilities. Using the TAML activators at near neutral pH caused BPA to assemble into larger oligomers, which stick together and precipitate out of the water. A researcher noted that the oligomers could be filtered out and disposed of in a BPA water treatment establishment.

Aside from this, the experts assessed the safety profile of the catalysts. To carry out the study, the research team examined the previously treated water using the Tiered Protocol for Endocrine Disruption (TiPED) assays. The scientists found that the TAML-treated BPA water did not exhibit estrogen activity or cause abnormalities in yeast and developing zebrafish embryos. According to previous studies, BPA is a particularly hazardous compound because it copies estrogen, a naturally-occurring hormone found in the body.

“There is no escape from BPA — for any living creature. The massive global use of BPA burdens an already over-strained water treatment infrastructure and most BPA water releases simply never reach a water treatment facility…Because TAML/hydrogen peroxide treatment eliminates BPA from water so easily at concentrations that are similar to a variety of waste streams including paper plant processing solutions and landfill leachate, assuming the lab studies transfer to the real world, we can now offer a new and simple procedure for reducing BPA exposures worldwide,” Terrence J. Collins, a professor of green chemistry at Carnegie Mellon University, told ScienceDaily.com.

The recent findings may show potential implications in warding off a plethora of diseases associated with BPA exposure, such as disorders in the endocrine system. BPA is also known to affect the brain and nervous system, growth and metabolism, and the reproductive system. (Related:Bottled water found to contain over 24,000 chemicals, including endocrine disruptors.)

In fact, a study carried out by researchers at the Seoul National University’s College of Medicine in South Korea revealed that BPA exposure may increase systolic blood pressure and may double the odds of developing heart disease. “Because these results confirm findings from other studies, doctors and patients, particularly those with high blood pressure or heart disease, should be aware of the possible risks from increased blood pressure when consuming canned foods or beverages,” lead researcher Dr. Yun-Chul Hong was quoted as saying in TechTimes.com, since BPA is a carbon-based synthetic chemical that is used in the manufacture of aluminum-based consumer products such as plastic bottles and food cans, among others.

Another study revealed that prenatal BPA exposure was associated with the development of asthma in pediatric patients. According to the study, each 10-fold increase in maternal urinary BPA concentration was linked to a more than 14 percent higher risk of asthma onset in children at age four. “Additional research is needed to clarify the contrasting findings in recent human studies. If future studies confirm that prenatal BPA exposure may be a risk factor for impaired respiratory health, it may offer another avenue to prevent the development of asthma,” researchers told MedicalNewsToday.com.

Read up on more stories such as this one at DetoxNews.com.